The ‘cult’ of remote work evangelists believe that the lessons of ‘classic’ Silicon Valley companies are outdated and don’t apply to us. When it comes to mentoring and coaching – we couldn’t be more wrong.

Now – obviously in a remote world – mentoring and coaching are delivered via a different medium – but the approach largely stays the same. Many of us have a tendency to neglect the elements that Campbell did so effortlessly – but in reality – we need to be finding ways to increase the frequency of coaching delivered to our remote teams instead.

The isolation of remote team members require even more touch than in-person to maintain morale and alignment.

There are clearly some disadvantages in coaching remote – such as the difficulty to read body language and the development of trust. But many of the ‘Campbell-isms’ can be applied equally well remote – such as his methods of coaching directly, meetings, feedback and morale.

Remote also gives us several advantages – such as the frequency you can ‘see’ (via video) your team members, ability to provide feedback faster via async communications and the ability to make changes faster.

Here are some super raw notes

Great lessons for all leaders – remote or otherwise… Read the book.

If anyone has additional notes from the book or ideas on remote company coaching in general – love to hear them! You can reach me on Twitter – @andytryba 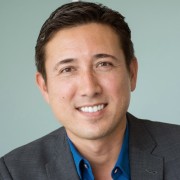 Andy Tryba
Andy is a technology optimist and the founder & CEO of Think3, Founder & CEO of Crossover, co-founder & CEO of RideAustin and the CEO of a variety of technology companies including Engine Yard, DNN Corp, Kayako, Bizness Apps, FogBugz, School Loop, Agemni, SLI Systems, and Sococo. Andy runs each of these companies with 100% remote talent – across all functions.